What Are You Watching Now?

All my favourite shows have either ended or awaiting the next season...  So I'm currently watching Ballers which is pretty good, it's only 30mins per episode but definitely does the show enough justice and time to show it's potential

HIMYM! Started watching it again, I know what's gonna happen in every episode but it's like the first time.

nothing because POPCORNTIME IS DOWN (again.. does it ever work?)

and somehow my usual site for episodes doesn't work either

I'd be watching Breaking Bad if I could

Banned from trading - Do not trade with this member!

I just finished Wet hot American Summer. Omg, it. Is. AWESOME. Laughed so much, it was great!

Just finished watching Familia Myth after getting hyped up from it at the convention I went to. It starts off strong with the action and the obvious harem nonsense, but then everything gets shoved down your throat in the last episode and make you wait to see if the anime will get continued at all.

The light novels are taking forever to be translated and we won't get anything the anime didn't cover for another year. I want more of this dammit.

I'm slowly getting back into Anime, and I'm watching 5 of them ATM:

The Heroic Legend of Arslan

Finally getting around to a Gundam Unicorn marathon. Love a good Universal Century story. 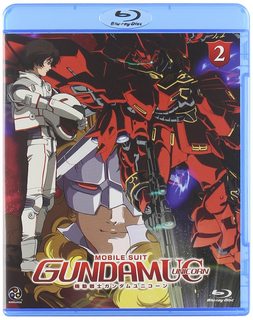 Edit: Aboot half way through (8/14). Taking a mini break here and there to mix in the final three episodes of Jon Stewart's Daily Show.

It's either Shimoseka or Shimoneta

I'm watching the new season of Hannibal, just on ep. 2 so far!

I'm 'watching' Falling Skies. All my favourite series have just not yet begun, so I'm watching along with my husband. I really enjoyed Falling Skies in the beginning but lost interest, so I missed a great portion. But it's really failing to get my attention back again

I don't watch much TV,  but Mr. Robot has me hooked at the momet. Season finale premieres tomorrow though

orange is the new black

i tried watching the 100 but then i read the synopsis on the wikia page and nah. not my cup of tea

Grey's anatomy is back on next month, super hyped about that

Dark Matter. It's not amaaazing, but it's cool to waste some time.

I'm excitedly awaiting for the return of: TWD, Grey's Anatomy, Supernatural and GoT (that last one will take a while

Just finished the series finale of Falling Skies. Was not disappointed.

Would have liked to seen a bit more of the Queen B but what we did get was thoroughly enjoyable.

Beautiful ending scene. One of my favorites (possibly only second to Scrubs.)

Going to miss this show, but at least it went out as strong as it started.

And while I do generally enjoy a show continuing the television series in comic book form (Charmed, Buffy the Vampire Slayer, Smallville, Firefly/Serenity, Batman Beyond, etc.) doing so for this one would ruin it.

Going to take a slight break from the serious by binging on some Ultimate Spider-Man before Fear The Walking Dead's second episode. 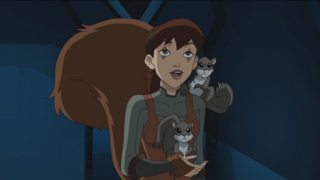 This show slays me every damn time.

All the white clothing. HNG.

Grey's anatomy is back on next month, super hyped about that

Dark Matter. It's not amaaazing, but it's cool to waste some time.
I'm excitedly awaiting for the return of: TWD, Grey's Anatomy, Supernatural and GoT (that last one will take a while


I still have to watch season 11 of Grey's anatomy

Been watching several of these ComicsExplained & Comicstorian vids since there's thousands upon thousands of issues of history and lore to absorb.

...which I'll get to eventually but I still like to know what's up. Supergirl, Red Daughter of Krypton is another good one. 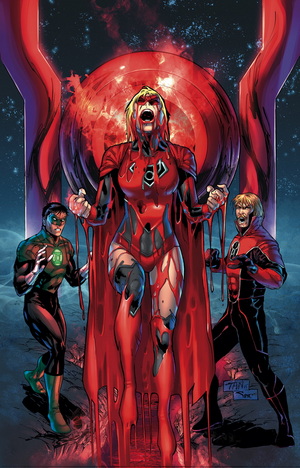 Back to General Entertainment